AT MR. PRINSEN'S by Kees Verheul

'At Mr. Prinsen's' is the English translation of excerpts from the Dutch novel 'Een jongen met vier benen' ('A boy with four legs') by Kees Verheul (born 1940). It plays in the early Fifties of the 20th century. A nameless, 12-year-old boy tells about his experiences with the father of a girl from his class, Mr. Prinsen. The boy loves to visit the man at his house when his wife and daughter are away, but is not too enthusiastic when Mr. P invites him to go to his bedroom with him, where every time  the same ritual takes place. 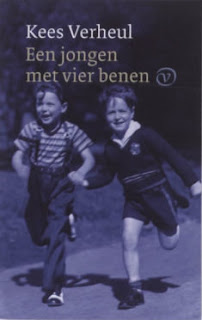