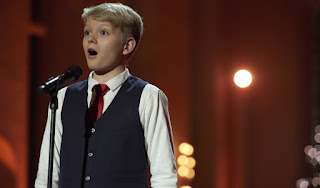 Aksel Rykkvin has a nice real voice. Real as in natural AND from practice, not merely a voice/sound but a voice he tries to make by practice/force/train. He ought to bite the hands that feed him to get their money [suck the blood](old joke from slave soprano boys, ha ha ha).
1 --- If you think old and new world soprano boy/guys, may be castrati, are not also oral fixates for the organ, you forget some things &/or not aware of some thinks.
1a --- The USA PURITANS are as pure as all future slave owners. They are the first English to won them. Meaning, they more than merely OWN them. They come to the continent with the intent on control, NOT for freedom except to own/won/con. Understand ? CON is MIND CONTROL. Source of word for CON MAN. They definitely succeed. The Salem Witch Trials are over land owning and slave owning, wonning the start of it all by using slaves as legal witnesses. Starts\ Very Old English, pre-Roman, mixing from old gambling and pre- and post Roman invasion slavery and developing into WON/CON/OWN. PURITAN slaves are BLACK. How that becomes a PURITAN thing is a bitter sweet story. Few countries are pure.
1b ... White slavery in the pre- and post Roman English isles is COMMON. Boys are a subject to universally understandings, excellent sounding f's of non-intubates/non-pregnancies. Castrate boys in China and every where else and even the wives are free. ha ha ha ha ha. The English seem to prefer raping boys, a similarity. Then buy Black humans as to be slaves. Karl Marx ignores all this. ODD but very real.
2 ... The musical organ in ENGLISH and otherwise European refers not just to the organ but to the air power organ. OH ! Repeat the self. Non pregnant prone boys are best as soprano screamers at sex. Wives are oft of the same for the progeny. Boys also sing soprano.
3 --- Not every body believes in this. The sex police assert they do not. Then why are there sex police ?
4 --- Musicians like boy sopranos over girl sopranos. They are different from older sopranos as women make better older sopranos than men, 99%.
5 --- Am making a public mere hint but public write of this as such all is usually such all is quiet by fear. As if music is quiet. As if war is silent. As if singing has no price.